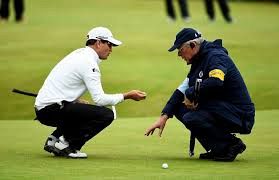 If you're anything close to a golf nut like I am, you were likely glued to your television during the WGC - Dell Technologies Match Play last week.  I, like many of you, grew up or were playing golf throughout the 'Tiger Woods era' and were excited to see him playing solid golf and taking down 2019 Players Champion, Rory McIlroy.  Throughout the broadcast I couldn't help but notice the terminology surrounding match play had changed.  With the introduction of the new Rules of Golf at the start of 2019 you no longer 'halve a hole' in match play.  Instead you now 'tie a hole' and instead of being 'all square' in a match you are now 'tied'.  Although the terms 'halve' and 'all square' are still in the Rules of Golf, these changes and virtually all of the other array of rules changes that were made at the start of this season were done in order to 'modernize' the Rules and make them easier to understand thus helping to break down one of the key barriers to entry in our sport.  Out dated and (WAY) overly complicated rules.

This got me to thinking, how are these new modernized Rule of Golf going to affect me in operating a golf course?  How will they affect you and I during the course of play?  Well, over the next few months I am going to dig into some of the more significant changes and give you my perspective on just how they are going to affect day to day operation of a golf course and how they are going to change the way in which we play. 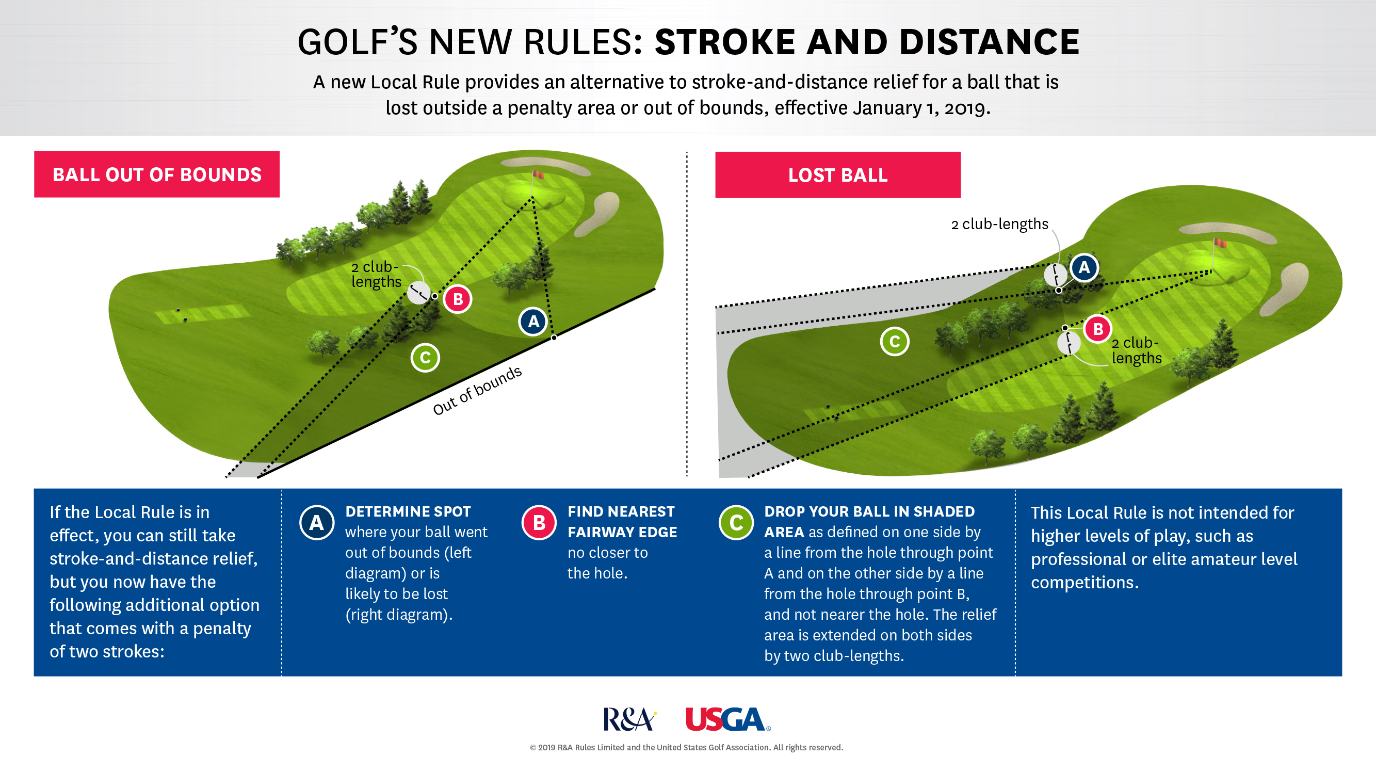 CLICK ON THE PICTURE FOR A FULL SCREEN ILLUSTRATION

To start off with I want to talk about a new Local Rule option for a ball that is lost or out of bounds.  In the pre-2019 rules of golf you had one option in this scenario and that was to move forward (errr, I mean backward) using Stroke & Distance relief.  What this meant was that you had only one option; go back to where your last shot was struck and play it again under penalty of one stroke.

With this new local rule we have been given an alternative to the standard Stroke & Distance relief.  We no longer are required  to return to the area that our last was shot struck and re-play (although it is still always an option).  Instead, we may now under a penalty of two strokes, drop our ball in the nearest point of fairway, no closer to the hole!

Three things instantly came to mind when I saw this new Local Rule option for Stroke & Distance relief.  From a playing perspective, let's be honest, most if not all of us were already operating under this rule in most cases.  When was the last time you were out playing on a nice Sunday morning with your spouse or your buddies and went back to your previous location to re-play a shot that was lost or out of bounds.  My guess is it has been a very, very, very long time.

HALLELUJAH!  It now appears that we've been following the rules all along!

From a business perspective I was jumping for joy!  What a pace of play killer this rule was before and now we have an option move forward without first having to go back!  Add in the fact that scores can now be posted legitimately for handicap purposes and will count in competitions where the Local Rule is in effect, and it's a WIN for everyone!

Keep in mind that this is a 'Local Rule', meaning a golf course or competition may institute this rule if it so chooses.  It is not an official Rule.  It is an alternative option to an official Rule and is not intended for higher level competition at the Amateur or Professional level.

You better believe this local rule will be in effect in Balfour starting this year and I encourage all of you to adopt it into your moving forward!